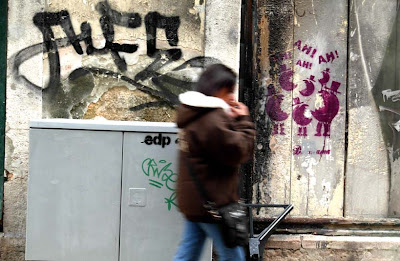 «If you go to Gaza you'll see hell. Ramallah is okay compared to Gaza, but these settlements are so stupid. The settlers do whatever they want and the whole country just follows them.
Basically, in Haifa before the Jews got here there were Arabs here. Then the Jews say they were here before that and so it goes on. Bla bla bla. But I think the settlements are a way for the world to see what Israels' real face is. They talk about peace but in the end they don't care. It's sad.»
Unga, israeli street artist from Brokenfingaz crew

Promote Your Page Too

As mais vistas / Most Seen